END_OF_DOCUMENT_TOKEN_TO_BE_REPLACED

The social service took Kit and Molly into care when Kit fractured his arm, and his doctor noticed that the children had been making frequent visits to the hospital. The children were often sick and there were injuries that they suspected might not be accidental.

The children were sent to Cathy’s home, but were allowed supervised contact with their parents three times a week.

Tess, the children’s social worker, suggested that Cathy kept a food journal for the children to identify what might be causing them to be sick. They had undergone many tests to determine the cause of their illness, but doctors were been unable to pin point anything conclusive.

While under Cathy’s care, the children became sick from time to time. Once, Kit’s allergic reaction was so bad, Cathy had to call an ambulance and Kit had to spend the night at the hospital but recovered quickly.

END_OF_DOCUMENT_TOKEN_TO_BE_REPLACED

The late Prof. Khoo Kay Kim was born in 1937 in Kampar, Perak. Prof. Khoo started his story by tracing his lineage to the ancestors who came to Malaya. Naturally, he talked about people who played a crucial role in his young life, apart from his parents.

Prof. Khoo’s father was apolitical and did not pay much attention to the political movements at the time, and admonished him when he showed interest in politics. His father’s stance might have played a role in sparing his family from the brutality of the Japanese occupation. Even though the Chinese community were treated cruelly by the Japanese occupation soldiers, the Khoo family was spared.

Prof. Khoo was an avid football player and wrote at length about his involvement in the sport and his passion for it shined through in the way he described the technicality of the game. I never cared much about football, but he held my attention. One can see how passionate he was about it.

Only the very lucky ones would find true love and Prof. Khoo was one of them. His is one of the sweetest true love story I’ve read. Their relationship as a mixed couple did not go unopposed, but true love prevailed.

END_OF_DOCUMENT_TOKEN_TO_BE_REPLACED 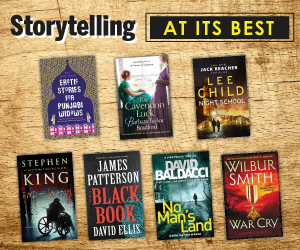 May the sun bring you new energy by day,
May the moon softly restore you by night,
May the rain wash away your worries,
May the breeze blow new strength into your being,
May you walk gently through the world and know its beauty all the days of your life.